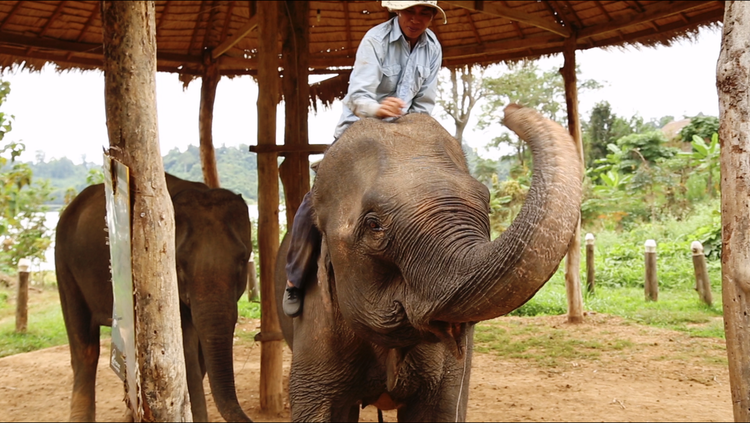 Logline:
Feature Documentary Film, Elephant Keeper, goes behind-the-scenes at an elephant conservation center in Laos, providing a rare and intimate glimpse into the daily life of an elder Mahout, or “elephant keeper,” and his elder elephant confidant.

Synopsis:
Laos, a country rich in cultural heritage and natural beauty, is referred to as Lan Xang, or 'The Land of a Million Elephants.” For centuries in Laos, there has been a tradition of humans living with elephants as their keepers and caretakers, ensuring their health and survival. There are now less than 900 total wild and domesticated elephants remaining. It is believed that the Lao elephant, along with the mahout tradition, will soon be extinct.
​
The story unfolds in the lush jungles of the Xayaburi Province, where we meet Mr. Tong, keeper of Mae Dok, the 60-year old elephant matriarch. As Tong adjusts to life at the Elephant Conservation Center, he befriends his new roommate, Ken the guide, the young mahouts and their elephant charges, and Tong’s next-door neighbor, Noy, the beloved orphaned wild baby elephant.

An immersive portrait piece, Elephant Keeper provides a rare snapshot into the life of a man’s effort to preserve a dying way of life and a beloved species on the brink of extinction.